Public School vs. Hagwon in Korea? Start Clarifying The Confusion In Your Head Now

Should I teach English in Korea in a public school or in a hagwon? If you're not sure which one then this is for you.

In Korea you can teach in a public school, a private institute (hagwon) or possibly in a university, international school or private school (variation of public school) if you are experienced or qualified.

But this post will focus on public schools and hagwons because most of you will teach in one of these. But maybe you are wondering what is a hagwon?

A hagwon is an after school program. It's not a normal school. You can learn more about them here.

So here's a video by someone who has taught in both (that's me^^).

You may be wondering.

Is EPIK a good program? And what about hagwons? I've heard some horror stories.

Both of them have some ups and downs and I wouldn't generalize and say one is necessarily better than the other.

It really depends on you and on the school.

33% had an average experience in (EPIK) public school 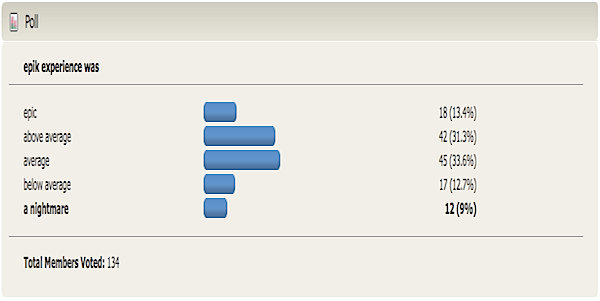 This poll is older (started in 2013) received 134 votes. You can see the poll results here (you need to be logged in). Is it hard to get into EPIK? It's the most popular program for teaching in a public school in Korea, but there are others too.

These are the public school programs in Korea

Are you thinking hagwons vs. EPIK? Well, you have more options for public school programs.

In Korea to teach in a public school you usually need to go through a program.

I taught in a public school in Korea, but did not go through a program. I went through a recruiter so that's a possibility too.

39% had an average experience in hagwons 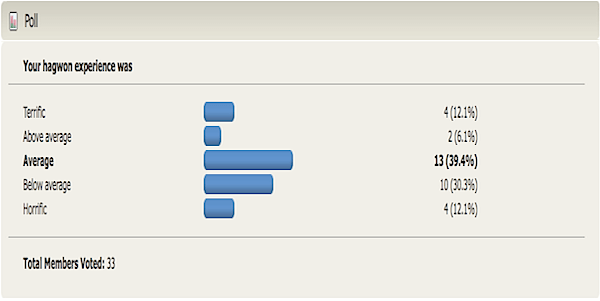 This poll is more recent (started in Dec. 2017) received 33 votes. You can see the current poll results here (you need to be logged in). If you see that these numbers have gone up considerably send me an email ;-).

Although a hagwon is often referred to as a private school it's a bit more precise to refer to it as an private academy or institute. These classes are usually held after regular school hours. Although adult classes can sometimes be held in the early morning hours.

Overall work hours are often less in a private school (hagwon). I worked in one that had a lighter schedule that was about 2:45-8:30 or so.

Public school jobs can offer vacation time which can range from school to school. Sometimes they have "camps" during the breaks where you will have to come in and teach.

Vacation times in hagwons are around 10 days a year. You'll have to negotiate that time though.

Public school is usually around 22 hours a week and hagwons are around 30 hours a week. In most situations you will be teaching more in a hagwon.

This is a public elementary school classroom 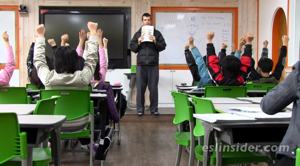 I think those students were mostly 4th graders. Public school is probably more similar in appearance to a public school in your own country.

This is a hagwon classroom (smaller classes) 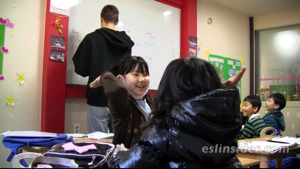 Hagwons have typically smaller classrooms and fewer students. Some can be quite nice and have very modern facilities.

There are larger classes in a public school

Which students have better English?

The students that attend hagwons generally have better English. Many of the public school kids cannot speak much English at all.

You'll have a co-teacher in a public school and you most likely will not have one in a private school. There will be other teachers around though, Korean and possibly other foreigner teachers (in a hagwon), and they may teach some of the same classes as you at a different time.

In a public school you will most likely be the only foreign teacher there.

Some people say in Korea that your "co-teacher can make or break your experience in a public school". I definitely didn't like the co-teacher that I worked with there. I definitely prefer working alone.

There can be issues over who does what or your co-teacher may not help you much or it could go the other way and they could be more demanding or bossy over you.

Here some examples of problems with co-teachers in public schools in Korea.

In Korea I started in a hagwon and this was after teaching in Taiwan. I went there to find a job and the hours were pretty good working about 2:45-9 or sometimes 8pm.

It was pretty good and I had decent materials and I even got to select some books for my classes, but what bothered me the most was the manager there.

The housing that came with that job was great. I had a nice big studio with a loft in Seomyeon, Busan.

The public school job I got through a recruiter and that was not a good start.

I ended up in Changwon, Korea.

The environment was pretty cool. I mean it wasn't modern like the hagwon I taught in and the books were pretty poor, but I liked the environment.

However, I hated my co-teacher.

She was a hardcore Christian always talking about "god".

I made less like 2.2 I think and the housing I had was close to the school, but not very nice.

If you go the public school route I wouldn't go in there thinking that it's going to be easier. I would take on more responsibility up front and get prepared.

Don't expect someone to hold your hand.

And don't expect EPIK's orientation to be much help either.

I've heard from several people that it's not very useful.

"...The EPIK orientation honestly does very little to actually practically prepare you for anything." - from Reddit

"There is orientation – which doesn’t teach you much about teaching but at least surrounds you, for a few days, with others in the same boat as you..." - Ane Breytenbauch

"I really wish this course had been around during my early years in Korea because it would've helped so much more than the so-called orientation and training I did for a week in Seoul when I started with EPIK." - George P.

Or hagwons for that matter.

Should you take a TEFL course to teach in a hagwon or a public school?

They aren't legally required to get a visa in Korea, but it's possible that a school may prefer them and that is the case for EPIK.

Can it be online?

Yes, however in Busan it is stated that you need 20 "hours" of training in a classroom. But that's only in Busan.

I'd expect to be thrown in the classroom without any training.

So whether you go the hagwon route or the PS route expect that. And based on my experience and the experience of others don't expect your average course to adequetely prepare you either.

See some people's experiences here in Korea who took courses.

If you are lucky to get some "training" it might be a day of following the teacher you are replacing around who often doesn't have much experience.

So you might want to do some targeted training if you want your life to be better there.

There is a course here focused on teaching mostly children in Korea. And that is the largest part of the job market.

Almost all of the instructional videos in the course were shot in both hagwons and public school classrooms in Korea.

More responsibility in a hagwon

In a public school you will share work with your co-teacher, but your co-teacher is usually the lead teacher. You are basically just an assistant. Your work may be less here and this can be easier for beginners.

In a private school you will usually be responsible for planning lessons by yourself.

More freedom in a hagwon

You'll usually have more autonomy and independence in how you teach in a private school. As mentioned before in a public school you'll work with a co-teacher. Work is shared.

Read why you shouldn't teach in a public school.

Maybe more money in a hagwon

You may make a higher salary teaching in a hagwon than you would in a public school. Often more, but not much more. Public schools typically have a set pay scale that's based on experience and other qualifications.

In a hagwon you may be able to negotiate a higher pay if you have experience, qualifications, charm or good looks.

Usually better materials in a hagwon

In a public school you will use the public school books which are used all over Korea. From my point of view these books are not very good. I heard that they were going to change, so they may have improved since then.

Each private school will have different books. Some of the large chains may have their own books and others will use commercially available ESL books.

Most of the private academies that I worked in had good books.

Most people would say that public schools are considered more stable. Since they are government operated there is not much of a chance that they will shut down due to poor business. However, in Korea many public school jobs have been cut.

Private schools are privately operated so that there is some chance that they could close down if business is unsuccessful.

I personally never had a problem with receiving money from a private institute in Korea, Taiwan or China. I have worked at quite a few too. I did however have problems with money and a recruiter who worked together with my public school in Korea.

Which is more competive to get into?

Getting into public school jobs through programs like EPIK are more competitive. They only hire twice a year whereas hagwons hire year round.

In my experience neither one is perfect. I had more problems with the public school position and my co-teacher than I did at private schools. I prefer the autonomy which usually comes with working in a private institute.

Where do you get to choose the location?

You have the power to decide where you teach with a hagwon. So choose wisely.

In EPIK you have no choice.

They choose your location and school. You can make a preference, but there is no guarantee that you will end up where you want.

See some other teacher's experiences.

Get closer to what you want. Even if you are not sure of whether you want to teach in a hagwon or public school get closer to it.

Try applying to both.

Hagwons vary a lot so before you decide either or start looking for a good hagwon. And if you are considering public school then apply to that too because you don't know now what is best or what will work so just step closer.

THOSE COURSES YOU'VE BEEN THINKING ABOUT WEREN'T DESIGNED TO TEACH ENGLISH TO KIDS IN KOREA, BUT THIS ONE WAS.