Teaching English In Seoul Might Not Be What You Expected

I lived in Korea for 3.5 years and in that time I lived mostly in Busan and in Changwon. So how does Seoul compare to Busan?

Well, from my point of view it is only better for one thing.

It's more cosmopolitan. Maybe you love K-pop, Korean dramas, you want a wide variety of restaurants and foods catered towards foreigners, or English bookstores, shopping experiences, nightlife, to be in a big Asian city or whatever. The bottom line is Seoul is going to have the most options in Korea.

Here's why people want to teach in Seoul:

Here's why some people don't want to teach in Seoul:

"You'll meet a lot of teachers in smaller cities who have 0 interest in living in Seoul. I personally would never live or work there again. The rest of the country is so much quieter and less congested with 90% of the same conveniences." - Tomlinsoi

So what's the darkside of teaching and living in Seoul?

There are monsters in Seoul 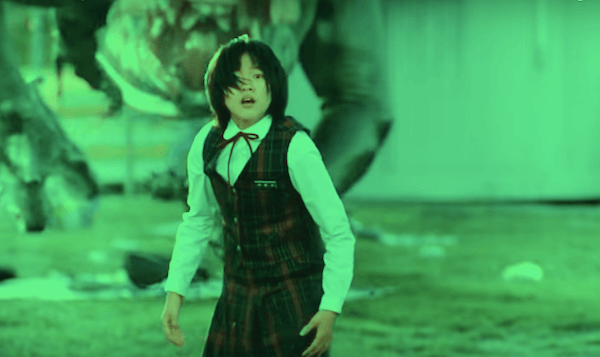 And unlike the rest of Korea it looks like they don't get plastic surgery.

That's a joke you probably don't get now, but plastic surgery is very common there and Korea does have a growing film industry too hence the screen shots of "The Host" and "Colossal" that was partly filmed in Korea.

But what are the real monsters to teaching in Seoul?

Well, your monster might not be the next person's monster. It could be the culture, a co-worker, a hagwon horror story or something else.

So if you are like half of the people that want to teach English in Korea then that means you probably want to teach in a public school in Seoul.

Or maybe you want to teach in a hagwon in Seoul? That's actually more likely and towards the end of this article I'll give you a tip for that.

What happens when you want to be where everyone else wants to be?

When everyone wants to be in a certain place that creates competition. It's good for the employers, but not for you. They don't have to pay you anymore money or treat you any better because if you don't work out there is always someone else that would love to teach in Seoul.

So you are more dispensable.

They could take you or leave you. They will be less inclined to treat you well because they don't have to. There is always another naive foreigner around the corner.

But hey you are different so maybe you will find a great school teaching in Seoul.

Lots of people want to teach English in Seoul. It's a big city. And it's going to have the problems that other big cities have: it's going to be crowded and polluted.

I see a lot of people complain on Reddit about pollution in Korea. But honestly I never thought it was that polluted, but hey, I didn't live in Seoul. I lived in Busan for 3 years and in Changwon for 6 months.

So if you really want to teach English in Korea and avoid the pollution then I would aim for smaller city on the east coast. Busan is not that small and it's not perfect, but the pollution never bothered me and I have traveled and lived throughout Asia.

I thought it was much cleaner pollution wise compared to the cities (Taichung & Tainan) that I lived in Taiwan while teaching English.

So when I see people complaining about pollution in Korea I can't relate. It's not going to be Beijing or as bad as some cities in China.

Did you know that it snows in Seoul?

Yes, the white stuff, but also the yellow stuff and it looks like this. 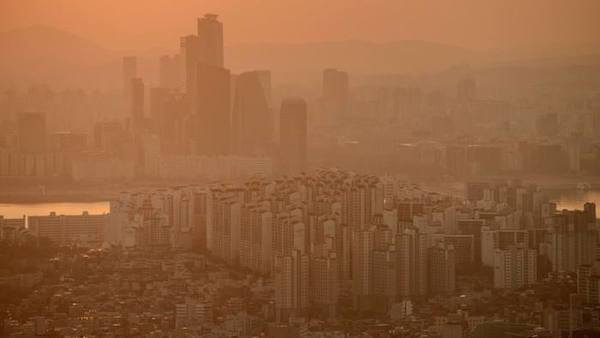 Seoul joins the ranks of the most polluted places in Asia

It's caused by dust from the deserts in Northern China and Mongolia. Then as the winds blow across the most polluted areas (Northeast China) it picks up air pollution particles and then drops them down on Seoul and other places.

"...It is normal seasonal dust with some increased year round pollution that has been around for years. All these people are complaining every spring when the dust comes, but not the rest of the year where it's just as polluted. If you look at the graphs it's been pretty polluted all year, and often it's most polluted in the winter, and indeed pollution has been a problem for decades, but for some reason you all are only dying from "pollution" exactly during yellow dust season every year."- bukkakesasuke

More posts on Reddit about the pollution in Seoul.

But wait, if you REALLY want to be in Seoul

If the monsters, crowds, pollution and competition didn't discourage you then here is some advice you probably haven't heard of yet.

Go there and look for a job.

Sure you could get a job in Seoul online. That's definitely a possibility, but being there in person will increase your odds of finding a job teaching there.

The school has to make a decision between the teacher standing in front of them vs. the teacher online. Who are they going to choose? They will choose you because for them "a bird in the hand is worth 2 in the bush".

Well, you are going to have anticipation anxiety whether you get a job beforehand or not. It might not be for you, but there are a lot of advantages and really only one disadvantage to going there to find a job teaching abroad.

This would increase your chances - if done correctly of finding a job where you want to teach. It worked for me. I found a pretty good job in the center of Busan with a nice studio and loft because I went there and looked.

But maybe that is not for you.

Are you sure you really want to teach English in Seoul?

Because chances are it's not going to be what you expected. Things are always different. Yes, you might still like it or you might not. Also if you are 100% sure that's where you want to teach then don't complain about the...

...because that's the other side of the coin. I personally think the desire to teach English in Seoul is overrated. It never really appealed to me, but I can understand as one time I wanted to live in Shanghai which is also a massive city. I did and now I have no desire to do so again.

I also lived in San Francisco. It's a nice place, but you know these big popular cities aren't that appealing to me now. There's too many people and yeah, it's too busy for me.

I'd rather live in a place with an easier going lifestyle, some place closer to nature.

If you are a socialite then Seoul or any other big city might be for you, but if you aren't then why bother enduring the crowds and pollution?

I think you could probably do better in a different place where there is less competition and you might even find a better job there.