Taichung, Taiwan is the third largest city in Taiwan. In Pinyin it is spelled as "Taizhong" and the "zh" pronounced as a "j" sound. So it sounds more like "Taijong". It lies in the center western half of the island. It is one of the sunnier places in Taiwan as the area in the north of the island tends to be rainier. The city is over 2 million people. It's relatively flat with a gentle slope to it - with the north end being higher. To the east lies mountains and to the west of the city is a slight rise and then plains on out to the ocean. 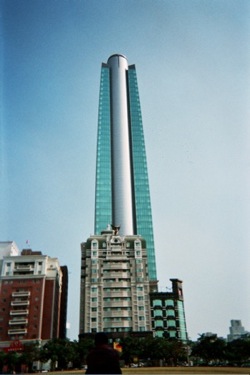 I taught English in Taichung from 2004 to 2005. Taichung has a pretty good nightlife. There are plenty of restaurants and options for food vegetarian or not. My apartment was in the southern part of the city near Chung Hsing University.

Taichung is known for its universities and many exist here such as Feng Chia, National Taichung, Providence and Tunghai universities. Because of it's universities it's considered a good place to study Chinese.

One of the coolest places in the city is People's Park in the downtown area. My old friend Dale and I would do yoga there sometimes. It's a good place to fly a kite, practice Tai Chi, play football or just relax in the open space. The park is one flat grassy open area about the size of a football field. This park provides a nice getaway from the dense busy city. Dale from the interviews was filmed in this park.

In fact I'll embed an updated version of that right here.

Transportation in the city is so so. I got around mostly by bike and bus when I lived there, but it is more convenient to get a scooter. It's not a very bike friendly city. The streets and air around Taichung can get pretty dirty and polluted. They are constructing some kind of MRT which would be a big improvement to the city, but I am not so sure when. 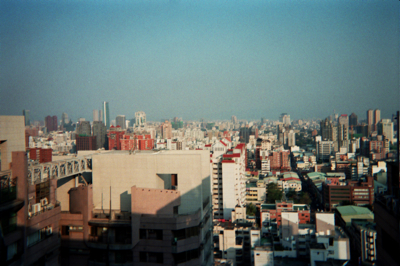 If I went back to Taiwan again to live I probably wouldn't live in Taichung. It's near the mountains which sometimes can't be seen like in the photo and it's relatively sunny.

But it's too noisy, busy and a little drab for me. Both Koahsiung and Taipei are more scenic, more attractive and offer more perks common to big city life. But I think the east coast of Taiwan is the best.

After more than a year in Taichung I moved to Tainan.