It's Crowded In Asia & Even Crazier On The Weekends

You probably knew that it was pretty crowded in Asia. China has a population of over 1 billion people or around 20% of the world's population. Most of those folks live in the center towards the eastern coast of China. Big cities like Beijing and Shanghai have around or over 20 million people.

In Taiwan you're looking at around 23 million people on an island the size of Maryland. Most of those folks live around Taipei or in the plains on the west coast leaving the beautiful east coast sparsely crowded in comparison.

Will the population in East Asia continue to grow?

While these numbers sound huge they are declining though. In countries like Japan, Korea, Taiwan and in China birth rates are declining.

So what happens when you have big numbers like this doing the same things at the same time?

You have crowds. Let's take a look at what some of these crowds look like.

One of the busiest pedestrian crossings in the world 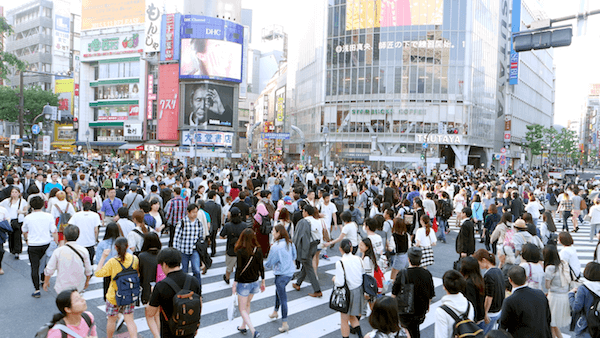 This is what Shibuya crossing in Tokyo, Japan can look like near rush hour. Keep in mind those are crosswalks.

You might want to read this if you are considering teaching in Japan.

Here's what a beach in South Korea looks like... 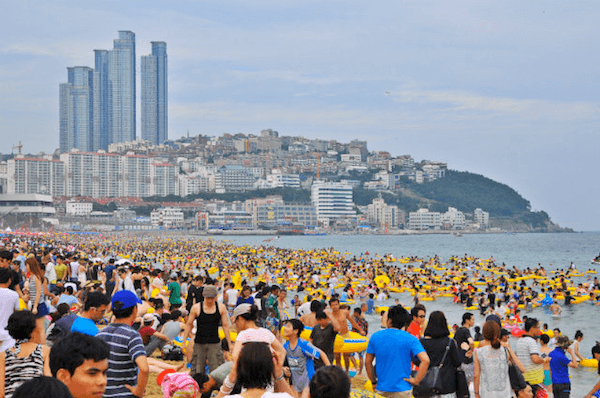 ...on the weekends in the middle of summer.

Haeundae is a famous beach destination in Busan, Korea. I lived in Busan (population 3.5 million) and thought it was a nice place, but just don't go to the beach in the middle of the summer on a weekend. To avoid crowds like that it's best to go on a weekday or even better in early September when everyone else went back to school.

Did you notice in that picture that so many people were using those yellow tubes? Maybe they're for fun, but you would be surprised at the number of people in Korea, Taiwan, China and Japan who can't swim. Many are just not taught how in school. Here's a thread on that subject in Korea, and I wouldn't be surprised if that contributed to the deaths at the following beach.

One of the most dangerous beaches in the world

Xiaomeisha and Dameisha beach in Shenzen, China were considered one of the most dangerous in the world according to the above video. Was it because of the sharks? Currents? Pollution? Nope, it was because of the abundance of humans. Apparently the chances of drowning here are higher than other places in the world for children under 14.

Heck with the line I'm going through the back window 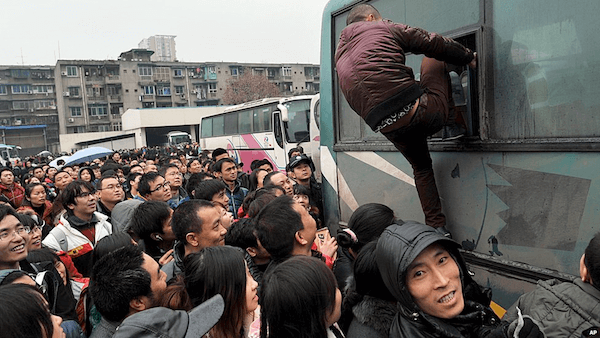 Taking the back door, China, provided by BBC

Looks like this guy wanted to insure his seat on the bus. This photo was taken over the Chinese New Year holiday when it seems like everyone in the city heads home to see their families.

You might of heard that some people in China don't like to wait in lines. Not everyone does that, but don't be surprised if someone tries to cut in front of you. I suspect that like staring they're not taught that it is impolite to stare. However, those who may be more cultured and from the city are probably less likely to do so.

Here are some more photos of what vacation time can look like in China.

Curious about teaching in China?

This is what rush hour looks like in Taipei

Scooters are pretty convenient and inexpensive especially when you can throw the whole family on one. 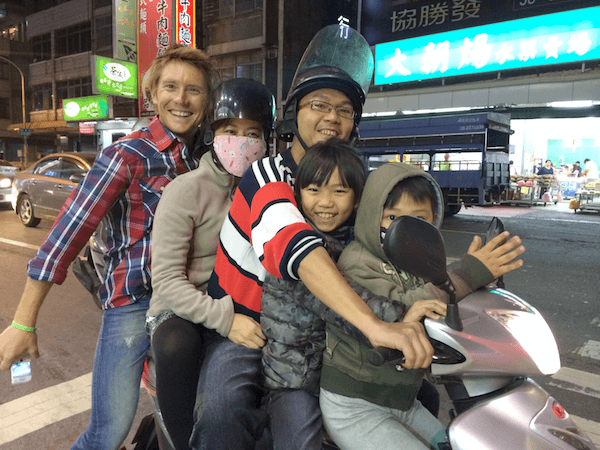 This is a kind of common site in Taiwan. You will sometimes see 2, 3, 4 or more people and sometimes even animals on a scooter in Taiwan.

Thinking about teaching in Taiwan?

My experience living in Asia amongst the crowds

Having lived in Taiwan, Korea and China I know what it's like to be around a lot of people. I even lived in one of the biggest cities in the world - Shanghai and got along o.k. I grew up in a very rural environment, but in all honesty it wasn't that tough. There were things that got to me at times, but not so much the crowds. It was the offshoots of the dense populations that got to me such as pollution and other cultural nuances.

You can read more about those here in this article on culture shock in Asia.

So how do you avoid the crowds in Asia?

Well as easy as it sounds avoid doing the same things as most other people at the same time. Like in your country.