Can you teach English in Japan without knowing Japanese?

Can I teach English in Japan without speaking Japanese?

So I recently returned to the USA after living in Japan for 21 months. I've also taught English in China, Korea and Taiwan.

I didn't need to know Chinese, Taiwanese or Korean to teach English there.

So what about Japan, is it any different?

Actually Japan is a little different than China, Korea and Taiwan as far as language goes. In some cases some English language schools in Japan do show some preference for Japanese ability. These schools can be eikaiwa or ALT teaching positions.

So how do you teach English in Japan when you can't speak Japanese?

You see translation is only one method of teaching.

There are other teaching methods. For example, you can use images to teach the meaning of a word, phrase or sentence. In fact images work great (sometimes much better than words) because everyone across cultures can understand images even when they don't speak the same language.

Say for example I wanted to teach you the Japanese word, "りんご (ringo)".

So if I said it's a fruit that grows on a tree and it's red or sometimes green you might guess. But there are several fruits that are red and green and grow on a tree like mangoes, cherries, apples, pears, etc.

But if I showed you a picture of this... 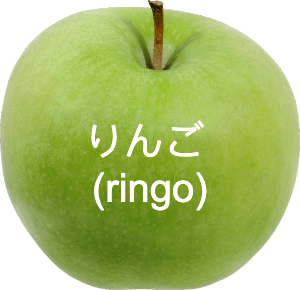 You would know it in a second that it was an apple.

You wouldn't have to think.

So images are an example of how you can teach meaning and language without translating.

There are other ways too that a good course would teach you.

So you mentioned some schools in Japan have a preference for teachers who have some Japanese ability?

That's right some do.

This is a picture of a job ad found on Ohayosensei.

Jobs on Ohayosensei tend to favor applicants in Japan and may prefer Japanese ability.

Again it's not a requirement to get a legal working visa in Japan, but individual schools can set their own requirements or preferences.

Compared to the other countries I've lived in it's more common in Japan.

For example, I interviewed for a job working as an ALT teacher with a dispatch company in Fukuoka. And for part of the interview I had to answer some questions and basically try to converse with a women on the phone in Japanese.

My Japanese is very limited and quite poor. So I spoke with her for a couple of minutes and could answer some, but not all of her questions and then that was that.

Normally, they just want to see how well you can speak.

So why do some schools prefer Japanese ability? 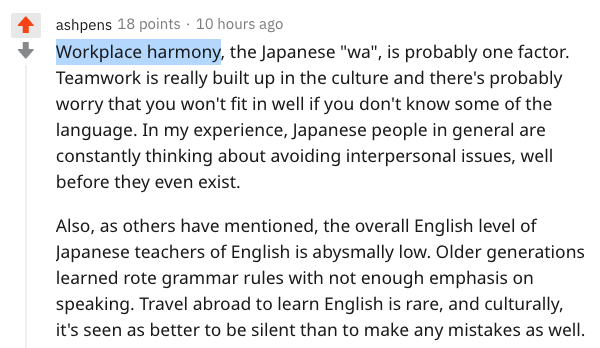 Above is a photo from a thread where I asked this question.

Many teachers come to Japan with ZERO Japanese ability.

The are plenty of entry level jobs out there in Japan that hire teachers with no experience or no Japanese ability.

Schools that hire from abroad vs. in Japan

Most schools prefer teachers in Japan already, but there are some schools, companies or programs that hire from abroad. And these schools usually don't require any Japanese speaking ability.

What's it like living in Japan when you don't speak Japanese?

It's not that easy living in any country when you don't speak the language. So you don't need to speak your host countries language to teach it, but your life outside the classroom will be way better when you can speak some.

It's also the learning process.

It's fun to learn a new language as you get to interact with people. If you have no interest in the host countries language then why teach abroad?

In know money, comfort, whatever.

You can get by with just English abroad, but it might even be a little harder to do that in Japan for example, than say Taiwan or Korea. Japan is a little more insular and I'd say the average Japanese can speak less English than say the average Taiwanese or Korean.

But you'll still be in a foreign country where English might be the 2nd language, but it's not the first.

At the very least you need to learn some basics like, hello, thank you, sorry, excuse me, etc.

Not knowing Japanese will make your life much lonelier and limited. Also if you think you might like to stay in Japan long term then if you attain a high level of Japanese ability you may be able to find a job doing something other than teaching English.

Let me tell you a little story...

So I I've lived in China, Korea, Taiwan and Japan for nearly 8 years in total.

And do I speak 4 languages?

No, well in Taiwan the national language is Mandarin Chinese and that's going to also cover much of mainland China too. There is Taiwanese too spoken in some parts of Taiwan more than others and on mainland China they also speak Cantonese and other dialects of Chinese.

And in Korea they speak Korean and in Japan Japanese.

Although I have some interest I'm not very good with languages, but I definitely learned more Mandarin than any other language. I mean it's a pretty low level, but you know I can have small talk.

Then Japan would be number 2 and number 3 would be Korea.

But guess where I stayed the longest?

I got comfortable in Korea and ended up staying there for 3.5 years.

Sometimes it's hard to move. It's hard to push through those doubts and confusion and take action.

I was kinda of very slowly learning Japanese with a volunteer program in Fukuoka. The teachers weren't professionals they were volunteers, so the quality was lacking, but considering it was almost free.

It was pretty good.

So I was taking classes, working online, doing judo (how I got my cultural visa in Japan), but then the corona virus happened and everything got cancelled.

Then things got pretty lonely in Japan and I got tired of it and left.

So my advice is to invest early on in two things:

One is going to make your work life better. You can take a course, read some books, watch videos, etc.

Two is going to make your experience better.

You can live in a bubble abroad.

You can just speak English and just hang out with other foreigners who speak English. And you might have a great time, but I think you're going to be missing out on something. I know because I did.

It can be lonely abroad.

No, you don't need to speak Japanese to teach English in Japan, but it's going to make you feel more connected and improve your life there.