Need Reasons To Teach English in Japan? Here Are 15 To Make Your Head More Clear & If Not Try 16 For Your Gut

If you are looking for reasons why you should teach English in Japan then here you'll find 15 for your head and the last one for your gut.

1. You have the right qualifications

Like most other places, you usually need to be a native speaker and to have a bachelor's degree in any subject to apply for a work visa to teach in Japan. Experience and TEFL certification can help as well.

2. You have some start up cash

I used to think like everyone else that living in Japan was expensive. That was before I actually lived here. I did come here many times as a tourist while living in China, Korea and Taiwan and on those occasions it did seem expensive, but I was just a tourist.

It's a pretty good deal.

You can't rent a room normally without a proper visa - work visa. Other than rent I'd say the basics aren't really any more than the rest of East Asia. I pay maybe $2-300 for food which is about what I paid in San Francisco.

But like anywhere if you go out to bars and eat in restaurants it will add up.

Here's an article on how to get started in Japan cheaply.

Most teachers don't get paid for more than a month after they first start. But if you have a job and a home lined up then you can get by with less.

You can look for a job in Japan here. 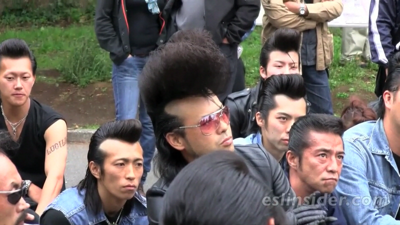 Japan is the place to be for visa freedom. In countries like Korea, Taiwan and China your work visa is connected to your employer. Should you want to quit in those countries then you will lose your visa and have to get another one from a new employer. And that is not easy. In Japan your visa is not connected directly to your employer, so then you will have more freedom.

Also in the other countries to change your visa status you normally have to leave the country and come back, but in Japan you don't necessarily have to do that.

For example, if you come to Japan on a tourist visa and then find a job and say there is plenty of time left on it (1.5 months) you probably won't have to leave the country.

4. You want to be an "assistant" teacher

If you want to work in the JET program or in a public school you will most likely be an assistant teacher. These can be easier jobs for some as you are secondary to the main English teacher who is Japanese. These can be good jobs for beginner teachers, but there is usually less autonomy since you're an assistant (ALT).

5. You want to be the lead teacher

If you want to be the head teacher in the classroom then you may want to work in an Eikaiwa or in a university (if you have good qualifications which is usually a master's degree). ECC, AEON, GEOS and Berlitz and some examples of private chain schools.

6. You want to live in a modern and developed country

Japan has the fourth largest economy in the world. While it still holds on to many of it's famous traditions it's a pretty modern, westernized and comfortable place to live.

It's far less polluted and chaotic than China.

7. You'd rather rinse than wipe

Japan is known for it's high tech gadgetry and robots. They even took this technology to the bathroom. Many toilets in Japan contain an electronic bidet and wash system.

It may be at first, but it is more hygienic.

8. You are not afraid of earthquakes, volcanoes or tsunami's

Japan lies on the Pacific Ring of Fire in the Pacific Ocean. This is a very active place. There are many earthquakes here and active volcanoes. Japan has the highest rate of natural disasters in the developed world.

But fear not those don't happen very often. I haven't noticed any earthquakes since I lived here.

9. You prefer a cleaner environment

Compared to China, Korea and Taiwan Japan is the cleanest and the least polluted place in Asia aside from Singapore.

10. You have an otaku for manga, anime or cosplay or judo!

You may find that your interest in manga or anime may not be enough, but having some interest in the culture helps.

Otaku is a term in Japanese relating to someone with obsessive interests such as a passion for the above. Japan has created some of it's own unique art forms and shared them with the world. If you are in Tokyo be sure to check out Harajuku. There you will see much of this cosplay in action. Manga comics are popular throughout China, Korea and Taiwan as well. Many children read them.

And if you train judo, "high five"!

But there are other martial arts here that are popular like kendo, aikido and karate. It's really cool in the public school system you often have the option of studying judo, kendo or aikido.

Here I am in Japan doing a competition in judo. I got a cultural visa to train judo in Japan. And it is possible to get this sort of visa for other Japanese martial arts or cultural activities.

11. You appreciate a diversity of fashion

Japan is at least - on the surface, a pretty diverse place compared to other Asian countries. You'll see more fashion styles such as punk rockers, Elvis imitators, hip hop, cosplay and more of a diversity of everyday fashion styles compared to China, Korea, or Taiwan. Yet, Japan like the rest of Eastern Asia has a group mindset versus an individual mindset that's common in the USA.

I first went to Japan for my visa after living in Korea for about a month and one of the first things I noticed was that everybody didn't dress alike. I thought it was rather refreshing.

The Japanese are a pretty polite bunch on average. I once heard a Japanese friend jokingly say that in Japan if a man is drunk, passed out and say dropped his wallet someone would pick it up and put it back in his pocket.

No one would steel it. Eastern Asia is a pretty safe place to live for the most part, but the Japanese are the most polite.

Japan is great. I like it a lot, however it's a really rule orientated society and some of those rules might get to you.

This one is not really specific to Japan, but it is to teaching abroad. Things will be different and having an open mind is a key ingredient to having a good time while abroad.

15. You want to teach English or learn how to do it

Teaching English abroad is not a vacation.

I know it looks appealing to go abroad and it is, but it's work not a vacation. Most of your time awake abroad is going to be spent in a classroom. So if you don't like it then it's going to be a long year.

Most people teach English to kids in Japan and it's possible to teach adults if you want, but most jobs are for teaching kids.

Kids can be tough because:

Take this course if you want to feel more confident in that classroom teaching English to kids and ultimately have a better year abroad. 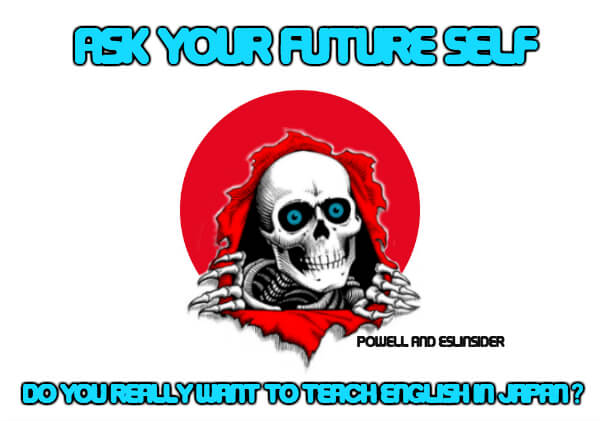 You're going to die.

I am not trying to be Debbie Downer here, but that's the reality of it. So is teaching in Japan something you want to add to your life story? Will you regret it if you don't do it?

It's not easy and it's not for everyone.

Conclusion - why teach English in Japan?

If you need reasons to teach English in Japan then there are 16 above. You got to use a combination of your head and heart. You'll also never know for sure until you try.

Why do you want to teach English in Japan?

Feel free to send me an email.

Expect some anxiety and nerves before you get there. And after you get there you'll realize it wasn't that hard, but you'll have some new challenges.