The general consensus on teaching English in Japan is that it costs a lot of money to live there. So you might think, "it's toooo expensive!" I believed that for a long time and that thinking prevented me from going there.

But you got to be careful about what you think because sometimes you're wrong, like I was.

In fact I taught English in China, Korea and Taiwan before I Iived in Japan even though Japan was the first place that I was interested in.

It's partly a myth.

As far as teaching abroad in Japan goes...

Many people think it's best to line up a job first and in Japan that is to start with one of the big companies that hire from abroad. That's fine if you want to do it, but in this post I am going to tell you how to do it a different way.

The video on how to move to Japan cheaply

Step 1. Do your research and choose your place wisely

If you go to Tokyo it's not going to be very cheap. Everybody else wants to be there too. A big city has more jobs, but also more competition and on the other hand a rural place has few jobs and less competition.

The bigger the city the higher the expenses.

Step 2. Get a ticket to Japan

Look for the cheapest ticket. I bought a one way ticket from San Fran and spent about $500. The officials say that you need an outward bound ticket, but I have done this in multiple countries.

Some people did question why I didn't have a return flight back, but I just told them that I was going to travel and then probably take a boat to Korea.

Other countries in Asia are like this too, but you can just say you are going to travel and aren't sure of the date yet.

If you are from the USA you can get 3 months before you have to leave and if you take a visa run to Korea you can get another 3 months for a total of 180 days in a year (which is the limit).

About 3 months ago I went to Busan for the night and came back the next day for another 90 days visa free waiver.

This isn't easy, but what I did was stay in a sharehouse in Fukuoka (3 different ones) for a total of 6 months. They can range in cost from about 35,000-60,000 ($260-446USD). I didn't really like staying in the sharehouses, but it helped me do what I wanted. If you are younger and more social then that will help.

Here's a video about a sharehouse I lived in.

Some may expect you to stay for more than one month, but many will rent to you for a month at a time.

On a tourist visa I think it's impossible to legally find someone that will rent you a place. You need to be in the system so to speak, so a sharehouse is cheaper than a hostel and a hotel and probably your best bet.

Another idea you could try is doing volunteer work like in a hostel (check Workaway) or on a farm like with WWOOF, but most of those positions are rural which isn't very helpful if you want to look for a job teaching.

You might have to pay a one month deposit.

This is the free way to get around and it works good because Japan is bike friendly. 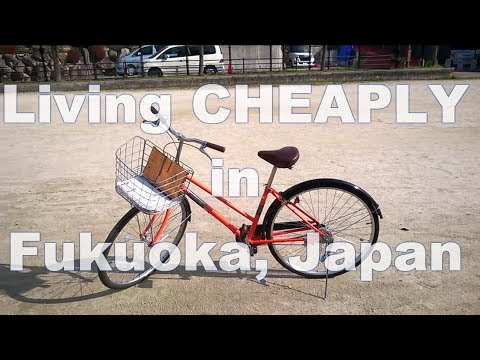 Sometimes if you walk around you can find abandoned bikes to ride around, but...

And if you are on someone else's bike then you might get in some trouble.

If you don't have your visa yet it can be harder to get a bike as many stores won't sell to you. But I got one without a visa. And then I later registered it.

Step 5. Get a phone and save money on internet expenses

I didn't actually get a phone until after I got my visa. I got a phone with Line mobile which is like an internet based phone in Japan and the contract was for a year. The cool thing with this is that you can tether your phone to your laptop and then you won't need pocket wifi or a MVNO.

This works fine for me. It's very cheap. I pay maybe $20 a month. The internet can be slow at times though. However, many months later I started looking into how I could get better internet and found something on Youtube called the wifi-gun or cantenna.

I made some simple antenna and now I get free wifi that works great from my neighbor^^ about 40 yards across the street.

There is also free-wifi in the subway station and some libraries.

Step 6. Get a job and your visa

If you are in a city you can use Google maps to pound the pavement (or just contact them) and go to schools with your resume and see if they are looking for a teacher. I have a cultural visa which isn't for teaching or working, but it allows me to live in Japan.

You can also search sites like Ohayosensei, Dave's, or Gaijinpot.

Here's a post on how to get a job teaching English in Japan.

Step 7. Get some long term housing (on your own)

Now that you have a long term visa you can get your own place. Most places in Japan are for 2 years, but I found one for 1 year. There are a lot of agents that you can go to and ask. Often there are a lot of fees: cleaning fees, agent fee, guarantor fees, deposits, and more fees.

This is how you can save money in the long term...

If you go with the housing the company like Interac, AEON, etc. supplies you then it's most likely going to be more expensive. I found a place in Fukuoka for 30,000 a month (w/out utilities) that was in a pretty good location, not in downtown, but close to the beach.

Here's a video of my place.

And it's totally fine for me.

And it's cheaper and better than the $350 I paid in Changown, Korea 10 years ago.

Housing that companies provide tend to be closer to 50,000+ a month.

"Does your school provide your accommodation? I work for a company and they would provide accommodation for me, but I don't need them too. I think what companies provide for English teachers tends to be overpriced and small in areas that are full with foreigners." - Jeanie in Tokyo

Will it be cheap for you?

So you got to dig a bit if you want cheap and be flexible with your location. If you're bent on being in downtown Tokyo or where everyone else wants to be then it won't be cheap.

You can check various sites and go to different real estate agents.

Step 8. Outfit your house for cheap

A lot of the places in Japan are not furnished, but you can find some free furniture if you go to furniture stores and then look not in the front, but in the back. I don't know why but I found a lot of decent furniture this way.

Yes, there is a lot of junk and old stuff that you won't want but you'd be surprised what you can find for free.

You can also search "recycle shop" on Google maps which is a second hand store. You will find furniture, electronics, clothes, and all kinds of odds and ends. 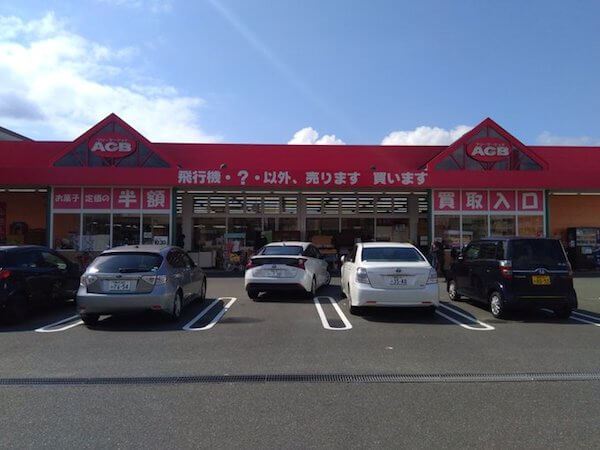 I bought a small heater for less than $5.

The other way you can save is by going to Daiso and Don Quihote (not that cheap) to get cheap stuff. Daiso is a Japanese dollar store. It's mostly little household trinkets, snacks and stuff, but you can find plates and cups and stuff to there. Although keep in mind some are bigger than others.

Some are as big as Walmart and others as small as 7 eleven. 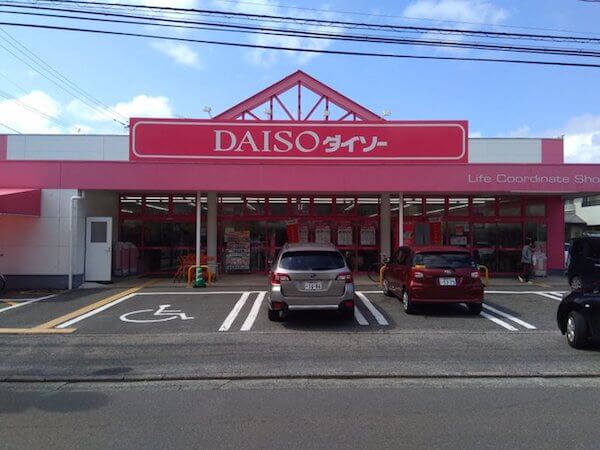 Some things are more than a dollar, but everything is cheap.

I was first introduced to Daiso in San Francisco when I lived there. It's also in Korea and a few other locations around the world.

I don't pay anymore than I did in San Francisco to eat. I did make a video in the beginning about my food expenses in Japan. $2-300 basically I said although now I think I am spending less than I was then as I moved and just figured out where the cheaper stores and markets are.

How much money do you need to bring to Japan?

Well, that depends on you and how long it takes to get a job. But after you get a job you can expect that it will probably be a month plus until you get paid (assuming you start on the 1st of the month).

Most private schools pay on the 12-15th of the month.

I previously talked about this on an old blog post about how much do you need to bring to move to China, Japan, Korea and Taiwan.

It depends. If you are strapped it can work. If that is the case then you can stay in a sharehouse and pay month to month until you save up enough to pay for a place.

The bottom line if you are frugal:

The more common way is to get a job before you go and I know there are a lot of people out there that would disagree with doing it this way which is fine, but I think they are scaredy cats^^.

They care to much about "security" and security is an illusion. You just have to use your brain.

I never found a job in advance.

I could have, but I prefer to go there and look.

I think going there to look is more practical despite the expense, but if you do it right you will save money. I taught English in China, Korea and Taiwan and I never had a job lined up before I went. And while I don't currently teach in Japan I do live here.

I understand that teaching or moving abroad can be scary, but if you do your research then there are a lot of benefits to flying there first.

It's more exciting, you can see for yourself, and most schools will prefer the teacher who is there compared to one who isn't.