Why I left Japan 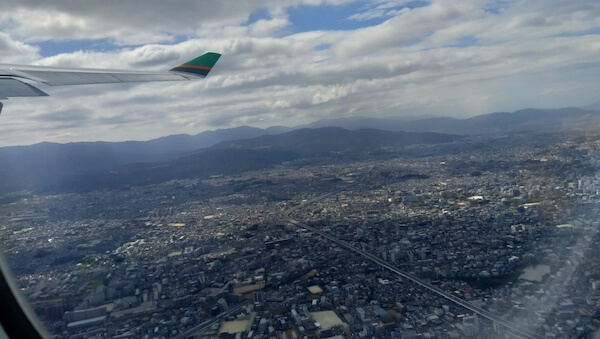 View of Fukuoka on the plane ride home

So as I sit here in my chair sipping some hot tea I am going to reminisce on why I left Japan and talk about my trip back a bit. I made a video a few weeks ago on this and finally got it uploaded to my channel.

You know I had been living in Japan for getting close to 2 years and it was sort of a string of events that happened that pushed me out.

So back in December of 2019 I hurt my knee in judo and that put a damper on things for about 3 months. Then as I was just getting back into it in late March corona virus happened and then judo got cancelled and so did my Japanese language classes.

Then things got pretty lonely.

Day and day out I was working on ESLinsider and that wasn't doing good either. I was broke.

And then I just kind of got sick of it. I was bored. Living in Fujisaki was mundane. City life was annoying and I got my fill and I started to crave nature more which is where I grew up (see the video above).

So my cultural visa was going to expire in July so I was debating on what I would do?

I looked into moving in Japan, like heading south in Kyushu to a smaller place or to even Okinawa. But money wasn't good and I didn't have much yet anyways I renewed my visa without much difficulty.

I wasn't sure if they would try to kick me out because of COVID or what. I knew they stopped allowing foreigners in and I was surprised they renewed my visa easy enough.

I would still do self-training for judo at the dojo, but usually no one else was there. Life was pretty drab. Then I just decided being broke and craving returning I would go home.

I thought deep on it though because I would be giving things up - like freedom and going back to live with my parents indefinitely and then maybe I wouldn't be allowed back in. It seemed like they wanted to take my residence card when I was leaving, but fortunately I talked with immigration and got some note that I could come back if I got a test.

I first visited Japan in 2008 on a visa run from Busan to Fukuoka. I loved it. It seemed so much cooler than Korea.

Here's a sticker I got like 10 years ago at a hostel I stayed at in Tokyo. 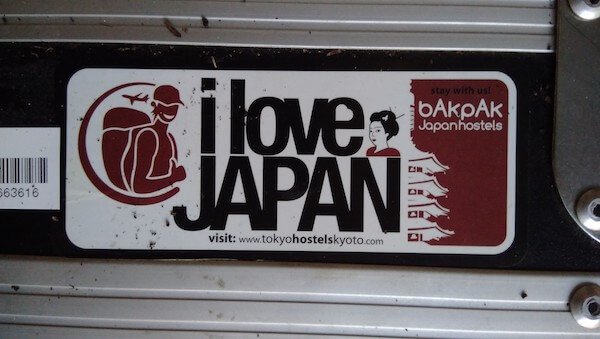 It's easy to fall in love with something (a place or person) you just met. When you travel it's all short term adventures and the mundane reality of day to day life never sets in.

That place (or person) can easily seem to be perfect. But is it or are they?

I put that sticker on my turntable cases (27lbs a piece).

Those are the things I dread moving everytime I move somewhere.

My flight from Japan to the USA

The airport was pretty empty. You know I actually missed my first flight too trying to clean my place since I didn't have the extra cash to pay the "cleaning fee". I felt a little bad so I was cleaning it for them and lost track of time, yet on the other hand it's one of those fees (of the many in Japan) that I don't understand.

Lot's of fees to move into a place in Japan.

So I missed my flight then had to wait a week to get the next plane since it was only weekly.

I was so angry.

There I was running with my big backpack on carrying these super heavy (50+ lbs.) turntable cases trying to get to the airport and then I get there and discover it's not the international terminal.

How's that for karma?

So I didn't pay the $300 cleaning fee to the landlord because I didn't have it, but since I missed my plane I could only get a partial refund. I had to pay a no show fee which actually came out to be pretty close to $300.

Perhaps that was the working of my guilty unconcious mind.

But it wasn't a fair deal though because I really cleaned that place!

So since I didn't have a place to stay in I ended up staying in the dojo for 3 days sleeping on old dusty tatami mats probably filled with "dani" (dust mites) which was making me sneeze like crazy. So I changed to a nearby small town called Nogota (picture of a temple I visited) for my last 4 days with a friend.

It was nice and I made my plane.

It's a Taiwanese airline that I've used before. I actually prefer flying Asian airlines compared to most American companies. I actually used them to get from San Fran to Fukuoka for like $550 or so. EVA air seem to be one of the only airlines that has cheaper one way tickets for international flights vs. roundtrip. My ticket to Chicago was also something like $550 or so.

I previously bought a round trip Hawaiian Airlines from Fukuoka to Boston for $859 but that got cancelled and then I got the EVA Air flight.

Guess how many people were on the flight from Fukuoka-Taipei?

To Taipei I counted 20 people.

On a big plane too.

Then from Taipei to Chicago I counted 25. Those planes were very empty. I was thinking they can't be making much money from this. Some people were wearing visors and full jump suits.

One group of girls from China had a spray bottle of disinfectant with them and they were washing down the area around their seat and window. 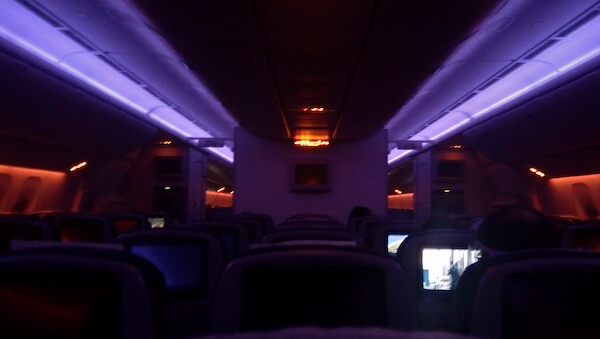 It was great though I had 3 seats in the middle all to myself that I lied down on and slept on.

I'd say if you are planning on flying to Asia your risk of catching COVID is extremely low if your trip was anything like mine. The numbers of COVID in places like Japan, Taiwan and Korea are also really low. China is uncertain last I knew because they don't report numbers.

Then I had to spend the night in Chicago and then the next morning I flew American Airlines to Boston.

Guess how many people were on the plane from Chicago to Boston?

IDK. But it was packed. All the seats were full. I even asked before I got in and they said they might have an extra seat.

So that's a different story.

They seemed sort of more concerned with them catching COVID then us catching it, lol. Wasn't there some "no man in the middle seat" rule? Not there. There was no service they said because of the covid.

After I made it to Boston I had to catch a bus to central NH. Yeah, this was one long trip that took 3 flights, one bus ride, and 2 car rides if I include my trip to the airport in Fukuoka from Nogota.

Guess how many people were on the bus?

Just me the driver and one other guy.

Then for the last lap of the journey my parents picked me up. My mom wearing a visor and a mask and there was a plastic sheet separating the front seats and back.

Then we headed up north where I spent the next two weeks in quarantine in the lower level of my parent's house.

All the plastic, social distancing and quarantine thing was a bit much, but it was nice being back in rural NH and shortly after I made that video above.

Why did I leave Japan?

That string of events that I previously mentioned and the fact is every time I tend to get bored with a place.

I can't recall the word now, it's related to hedonism and it's how everything wears out or eventually becomes boring.

I wonder if I'll actually find a place that I would like to stay in permanently. I am not sure if I will. But yeah, basically I just got tired of the day to day routine and living such a lonely isolated experience.

Things were going pretty good. I had got a cultural visa to train judo there, I found a cheap place to live, I was working on my Japanese (slowly), working on my site and then the knee injury knocked me out and then 3 months later COVID knocked everyone out.

I like it, but if you don't speak Japanese well you are going to have a tough time staying long term. And I think the same pretty much goes for everywhere abroad. I mean you can live in bubble and get by with your English, but...

I made another video called, Is Japan foreign friendly?

So I don't think very much. You really got to reach out there and make an effort to meet people and learn the language.

Personally I am a bit of an introvert and given how COVID shut all the social interaction I had down it just became rather dull.

You know no matter where you go it can get very isolating living abroad.

If you are thinking of teaching in Japan or elsewhere in the world know that most teachers only last a year or two max.

Despite leaving Japan I still am considering going back but if I do I'll choose a different place - a smaller place.