Maybe I am all too defensive when it comes to the terms "Asian fetish" and "yellow fever". Maybe some people are obsessed. Maybe it is unhealthy for some. But I think an interest in or a preference for is not and is in fact normal human behavior. In another article I mentioned that it's not only white men that are attracted to Asian women, but also Asian women are attracted to white men. But in this article I am going to address some of the people who have a problem with the whole Asian attraction or fetish.

I grew up in the country side in the northeast of the USA. There was very little diversity as far as race goes. In fact according to the census the whitest states in the USA are Vermont, New Hampshire and Maine. The only way most people got exposure to say, for example African Americans, was through TV. And where do they see African Americans on TV? Well, sports is one place. So based on that people are bound to make some assumptions about a certain race of people based on what they have seen. If people don't have much of a chance to encounter people of other races then they go with what they know which is mostly from TV and the internet.

Where were Asians seen in the media? Well, there is more diversity of roles now, but many were seen in kung fu and karate films. So based on that many people (non-Asians) assumed that most Asians must know kung fu or karate. So people form these stereotypes based on ignorance and their limited exposure to a race.

And for the Asian American ladies who tripped out when they encounter men who think that men are stereotyping them; just know that you are not alone. It's happening all over the world to all races. It may not be happening much to white folks in the USA, but when those white folks go abroad they can experience this ignorance too. It's not usually the media's fault. It's ignorance.

For some men it may just be a fantasy to have interracial sex with an Asian women. But for others it's an attraction and a preference for.

After looking at Wikipedia's page on the "Asian Fetish" I found links to other pages labeled Japanophile, Koreaphile, etc. And I think give me a break. Who comes up with these terms? Japanophile sounds too much like pedophile. What about anthropologists studying the Mayans are they Mayaphiles? Do you need to label everything? Does an interest in something make you freak?

Pedophile has a negative connotation, but the word "phile" just means being fond of something. Actually an Asiaphile may be a more appropriate word to describe someone who is fond of Asian women and perhaps the culture. But I still don't like the terms: Asiaphile, Asian fetish or yellow fever. They're labels and it's not as if those terms or other labels define a person.

Women have fetishes and fantasies too

Let's take a look. Here's a post that I found on Business Insider and a photo. 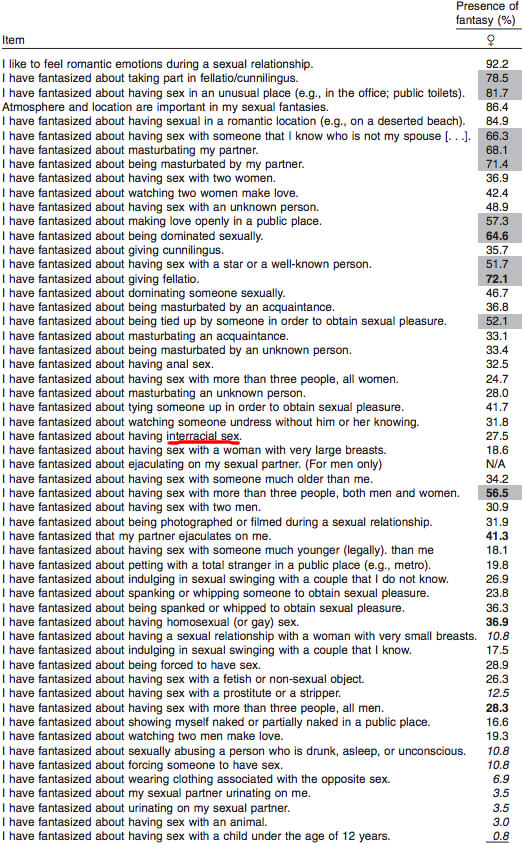