Come To Asia and Eat A Dick... Waffle

Does this look like your everyday store sign? Well, if you were walking around in Ximending, Taipei you might find this food stand. In that area you can find a lot of trendy and unusual shops and restaurants that cater to the mostly younger crowd in Taipei.

But if you're unfamiliar with Taiwan you might assume that the Taiwanese are a pretty liberal people. Traditionally Taiwan, China and Eastern Asia are fairly conservative, but as you can see that is changing especially in the big cosmopolitan areas like Taipei.

One of the great things about living abroad is the ability to try new foods. But are you open to trying one of these?

I was sort of surprised to see this, but then again Taipei is also famous for another taboo breaking restaurant called the Modern Toilet. I never saw this when I was there then again I only rarely went to Taipei as I lived in smaller cities in Taiwan. 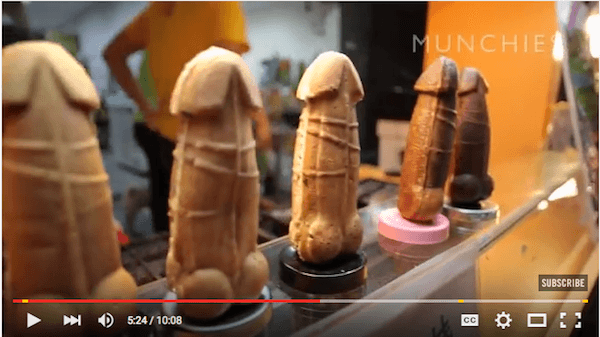 These desserts truly redefine what it means to "eat a dick". They're taboo breaking and fun, well at least fun to watch other people eat.

The host of the show Eddie Huang is pretty funny. He not only tries the dick waffles, but some other famous treats in Taiwan like binlang and shrimping. 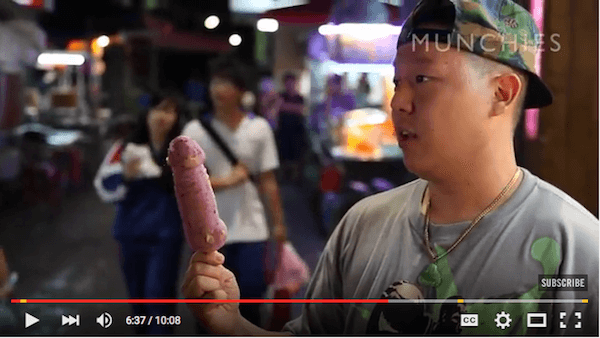 Here he is contemplating "the dicksicle". They not only come in waffles, but also in popsicles and in some sort of hot dog looking thing.

He says, "I can't do it dude. My grandpa would be so disappointed." 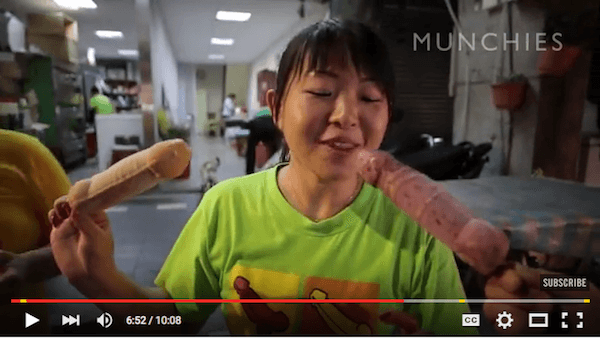 Then he offers it to the Taiwanese girl who works at the stand.

Looks like you can eat a dick in Korea too

That surprised me as Korea is considered a pretty conservative place. It's about 30% Christian, but you would never think so if you visited Loveland on Jeju Island. I haven't been to Jeju, but I did interview a guy who lived there. Anyways Loveland is a sex themed park. 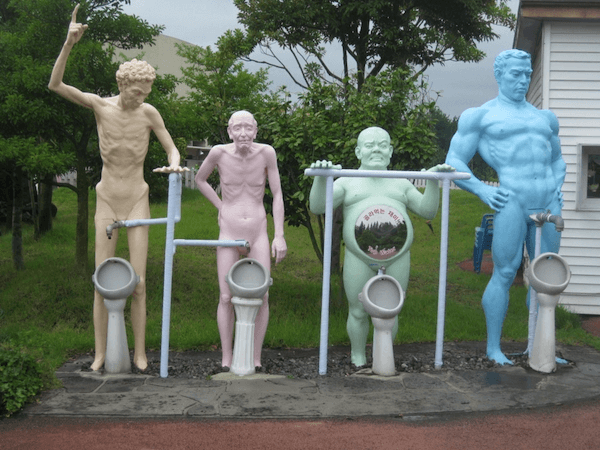 And apparently you can eat a dick there too, a waffle dick. But actually they said in the video that they were hand carved. They're not as impressive looking as the Taiwanese ones. 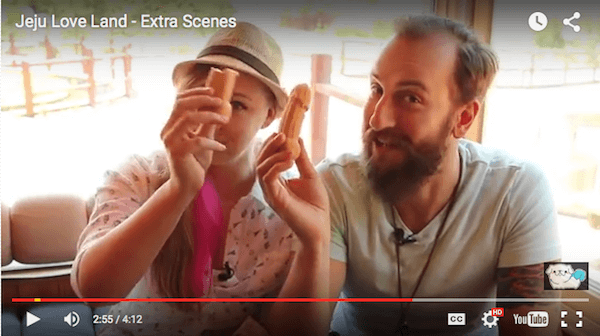 I do remember this restaurant in Busan that had all these stone phallus like carvings outside. But I never saw any waffle dicks.

Traditionally Asia is a conservative place, but things are changing. I think it's funny to break the taboos people have with their private parts and have some fun. Although it's easier said then done. Funny as it looks I don't feel the need to try a waffle dick.

Out of all the pictures of statues I saw on Jeju and now these waffle dicks it seems like female genitalia is still underrepresented. Where's the vagina waffle? Maybe there is a market for that.