I used to live in Seomyeon, Busan. Seomyeon is pretty much the center of Busan, Korea. There you'll find a lot of clothing shops, restaurants, department stores, and a number of bars as the drug of choice in Korea is alcohol. Koreans like to drink. In fact Koreans outdrink their Eastern Asian neighbors by far. The popular drink in Korea is Soju. Soju tastes similar to vodka, but it's sweeter. 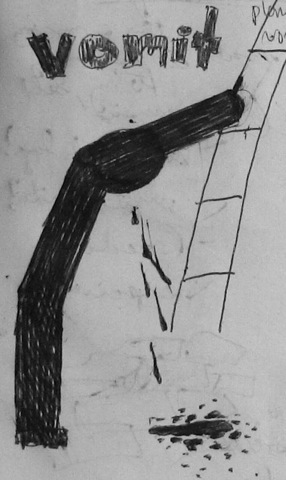 Binge drinking is quite common in Korea as it also is in some other places in the world. Where I am from binge drinking is common for teens and college students. The difference in Korea is that it's not only the young people who drink to this extent, it's the older people. And the older people can really drink. Many of them are businessmen in their 40's-60's.

However, as much as they can drink they don't seem to be immune to it yet. In Seomyeon on a Monday night you could see a number of older businessmen staggering down the street in a drunken manner. And a number of them would be leaning up against the side of a building throwing up. This was a pretty common site and it didn't matter whether it was a Monday, Wednesday or Saturday night. And if you missed them at night you'd still see them the next morning. Well not actually them, but their leftover dinner (vomit) on the side of the street.

And one other thing, I have read some other blogs (ESL teachers in Korea) suggest that you should drink if offered soju or beer. While that is one way of looking at it, here's another. You're not Korean and they will never view you as such, you're a foreigner and you're different. So if you don't want to drink, don't drink.