Alienation and racism living in Asia 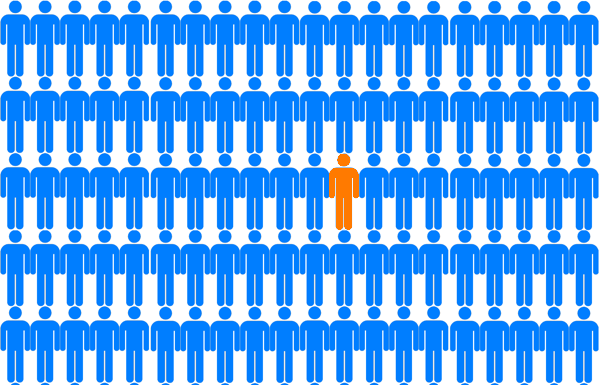 The majority is quite big, in fact the majority of the population (roughly 98%) in Eastern Asia is Han Chinese, Korean or Japanese. So if you are not ethnically and culturally Chinese, Korean or Japanese than you will experience some sort of discrimination. That means that if you are an outsider or for example, an "ABC" American Born Chinese then you will still experience discrimination on different levels and possibly when it comes to finding a job.

What I have experienced

I have had people just straight ignore me. Like I can remember instances in China where I asked for help (in Chinese) and I got no response. Those people just ignored me. They took a look at me and just walked away.

I can remember hiking once in Korea and saying "hello" or "annyeong haseyo" to a man up sitting down up in the mountains and just getting a blank expression.

I can remember several occasions in Korea and maybe once on my visits to Japan where people would not want to sit next to me on the train. I think I have good hygiene so body odor was not a reason. But it often happened when I would get on the subway, find a seat, sit down and then the person (often an older person) would get up and move. They did not want to sit next to me.

Being referred to as the second person

I can remember frequently getting referred to as the second person in meetings and introductory conversations. This was weird and pretty alienating. Instead of talking directly to me they referred to another person who then referred back to me and asked the same question that I heard the other person ask.

It was like you weren't there, but actually you were. And oddly enough this would happen in English too.

Here is a video where Boundless Ryan - an American in Japan for 15 years talks about a similar matter. I think he was having a bad day. He notes that whenever he would go out with his girlfriend people would not answer to him (he could speak Japanese), but they would speak to his Japanese girlfriend instead.

You might feel left out in social gatherings. It can be the language barrier and it can be the culture. It's important to note that it is not always negative and that it can be somewhat positive as well, you may get some special treatment just because you are foreign.